Netherlands is a crimiele, corruption and pedophile law?

The following websites contain very violent and bezwaarljke information about the Royals and dignitaries!

The following, unverified story is presented as true events. Given the details, we take seriously note that this story might contain the truth. These data have been presented to police and the MSM, but come here no sequel. We got to judge it as our duty to the reader and the judiciary by requesting this story this way urgently on its merits. (Among other things by virtue of Art. 160 + 161 + 162 Sv).

And to circulate after the death of the "Reverend" Klaas Bruinsma there are names of real estate brokers across the screen which drug money seemingly legalized as investment.
Especially the names and Harro Chris Dijkhuis and Jan Dirk Paarlberg dive as investors drug money. All they are good for high Quote listing. Even names like Harrie van Moesdijk and Tom Moeskop (named Tom and Jerry) pass this revue.
Willem Holleeder invested Dijkhuis and Paarlberg said to have been a sloppy 150 million. Now the friend of Willem Holleeder is supposedly the daughter of Chris Dijkhuis, so such investment should not be surprising.
The Dijkhuis property management owns the Rembrandt Tower on the Amstel and the Hilton Hotel chain and are busy investing in the construction of the New Waldorf Astoria Hotel. (Who and what is real Dijkhuis we come back to this)

At the time of Bruinsma and the IRT affair Maarten van Traa is known that Karel Vosseveld (Stanley Karel Esser) for hundreds of millions of transported drugs, the importation of this drug containers by including the FIOD husband Cees Janssen was geregeld.Ook names Hoofdinspecteur- CID Frits van Putten and the "royal couple" Chef CID Klaas Langendoen and Joost van Vondel diving hereby op.Langedoen and Vondel were sentenced to four and six months imprisonment for receivables and perjury. Cees Janssen was paid with huge amounts of money, after which these various sports centers, among other things in Boskoop, Netherlands, Leusden Velp and stamped out of the ground. A known Nol Hendriks kept this tax administration. Cees Janssen reported to Fred Teeven. The name Eric Nordholt delves into the case Klaas Bruinsma also.

Eric Nordholt was at that time 1987-1997 Commissioner of Police in Amsterdam. At the request of Wim Duisenberg takes Nord Holt in the committee Fraud of the European Central Bank in Frankfurt, but his name is associated with Dutroux network, in which many famous senior names appear. one of the main suspects in the Dutch Dutroux network, the historian Ger van Roon would be.

Cees Janssen was during the IRT affair so sick and almost as dead and therefore could not appear before the committee of Traa, which never content to be bribes investigated. Curiously following day was to see the same Cees again alive in one of its sports centers, while as a young doe taught. Even Fred Teeven could explain nothing about the bribes sensible, but exchanged it with information from Robert Mink Cook. The career of Fred Teeven is referred to as a rocket soared
Benk Korthals who later turned to a different area felt the perverse mood hanging and said in the debate on the annual report 1995 on August 27, 1996 clearly states that "we do not want the BVD is an extension of the police." However, at the presentation of the "Threat Trafficking" on May 29, 2001 wrote Attorney Benk Korthals the BVD will continue. 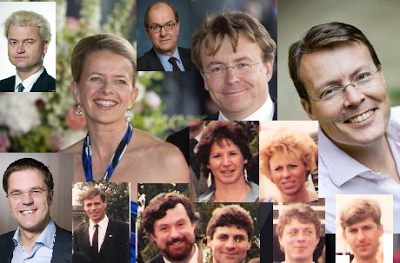