AIDS is fake! When I read that I personally thought the author was mentally disturbed. But after looking at all the evidence shows that even Nobel Prize winners say that AIDS is fake. What is going on? 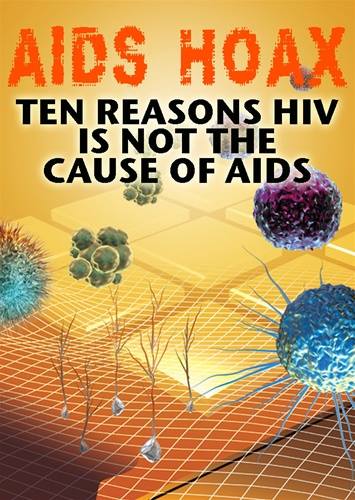 Microbiologist Kary Mullis which in 1993 was awarded the Nobel Prize for his investigation of DNA replication for the purpose of HIV detection, explained in the following video out that there is no wetenschappeljk is evidence for the theory that HIV causes the autoimmune disease is AIDS, or that there is such a thing as AIDS.

If someone wins the Nobel Prize for his research into HIV detection and says that AIDS does not exist, there must surely be more to it. And there are scientists who say the same.

Including a doctor who injected himself during a press conference with HIV infected blood.

Who diagnosed AIDS 'will be assumed within die a short time to one of 30 lethal diseases. These 30 diseases all seem to be already existing diseases, except for one: Kaposi's Sarcoma

Kaposi's Sarcoma is a cancer with red wine stains skin and is due to nitrite ( "poppers") poisoning. Alkyl nitrite is a very toxic chemical and cleaning product for magnetic tapes which were widely used as a sexual stimulant in the gay party scene.

Then people in the gay scene because of their use popper deceased people were in panic. By cognitive dissonance they did not want to look at their lifestyle and explained the cause elsewhere. The military-pharmaceutical complex saw the possibility to join 29 already existing illnesses with Kaposi's Sarcoma and innocent HIV virus, and sell to the world as the new deadly disease AIDS. AZT was introduced as a remedy against AIDS, chemotherapy developed for the treatment of cancer which was rejected because it was way too deadly.

No people die of 'AIDS', but there people die every day in the fatal diseases which were already victims before AIDS. The only people who actually die from AIDS are people with AZT and other AIDS drugs are 'treated'. Tens of millions of "AIDS patients" are already deceased as a result of their use AZT.

The fact that there are used in Africa, other test criteria for the diagnosis of AIDS is a Red Flag. It is easier to get Africa diagnosed with AIDS than elsewhere. There is talk of genocide targeted for lifestyle and geographic location.

I was used to regularly do an HIV test. It is only now that I realize that the very tested russian roulette was playing. The fear to walk on HIV was totally unfounded. That I am not a supporter of unprotected sex. The true venereal diseases can be very annoying.