To whom King Willem-Alexander sworn allegiance, and what does that mean?

King Willem Alexander is on official occasions around with the emblem of the Souvereign Order of the Knights of Malta. This is a * military * Roman Catholieke knighthood whose members worldwide diplomathieke onschenbaarheid. It is a knighthood, a military army under direct administration Vaticans. People (mainly noble famillies) wishing to join tired at as before swearing allegiance to the Vatican knighthood to the Pope and the Vatican. 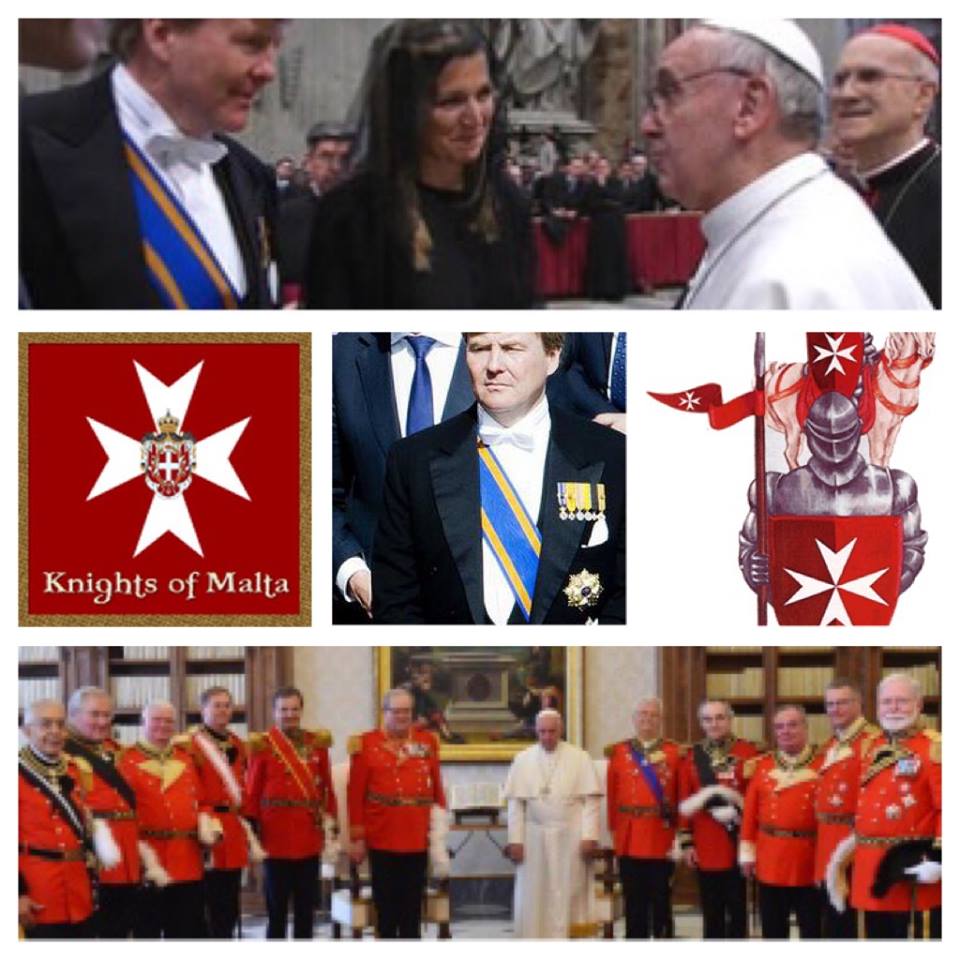 The current pope and leader of the Souvereign order of the Knights of Malta, the Jesuit George Bergoglio. Which has vowed to be admitted to the Jesuit order:

"I will, When opportunity presents, make and wage relentless war, secretly and Openly, against all heretics, [...], as I am directed to do, to extirpate them from the face of the whole earth; and That I will spare neither age, sex nor condition, and thatwill hang, burn, waste, boil, flay, strangle, and bury alive thesis infamous heretics, rip up the stomachs and wombs of Their women, and crush Their infants' heads against the walls in order to annihilate Their execrable race. That When The same can not be done Openly I will secretly use the poisonous cup, the Strangulation cord, the steel of the poniard, or the leaden bullet, regard less of the honor, rank, dignity or authority of the persons, whatever May be Their condition in life, Either public or private, as I at any time May be directed so to do by any agent of the Pope or Superior of the Brotherhood of the Holy Father of the Society of Jesus. "

So that's where William Alexander von Amsberg (the commander of the Dutch armed forces) has vowed allegiance to a sociopathic Jesuit who are out to murder each non-Catholiek. But the PVV voter understands that until the Knights of Malta were called the Knights of Allah.