THE CREDIT OF TODAY

Home / THE CREDIT OF TODAY

A terrible thought about Natalee Holloway ... 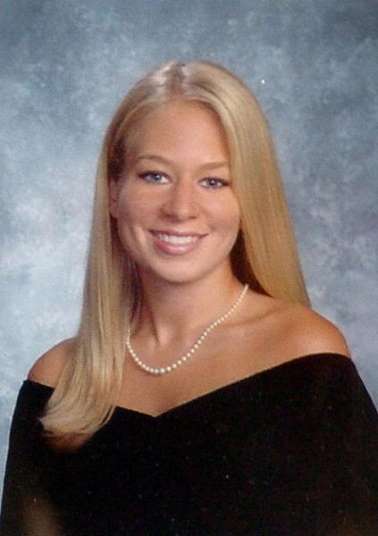 We were once again surprised by our American liars who lost their daughter because a certain van der Sloot would have killed her. Now a 6-piece documentary of father was announced that human bones were found and would soon be clear if they were daughter-in-law. Justice of Aruba and insiders did not know any of these "human bones" but the Aruban police later declared that bones were released from an animal about 6 months ago. There was no evidence of human bones and certainly not in the Holloway case.

The terrible thought is then:

We know in the meanwhile, through many statements, that daughter-loving at night has left a private plane from Aruba Airport and that with unknown destination. After that, some people said to have seen her in Mexico and later in South America. In spite of that, the parents continued to point out to the Aruban Beul and were even sentenced by a US court that the daughter died. However, under Aruban law, this is not possible because as long as there is no body there is no dead.

Now the bell is ringing because daughters love was a parent's parent, drug addicted and untenable, if you have to believe the statements of fellow believers. Apparently a few days before departure a million insurance was also made on behalf of this lady. The death game could be played. Unfortunately, only the Aruban justice did not work hard and the FBI unfortunately could not catch their 2 top criminals during this farce performance.

The game was dragged and daughter-loving was pulled into the plane, and she was signaled, among other things, left and right. All of this apparently turned out to be linking to dad and mom, and what had to be done to secure the gold mine. Daughter's love had to be cleaned differently; No premium or death statement and condemnation. That way, one would go worldwide! The suspicion is there and seems increasingly clear that daughter's love is murdered on behalf of her own parents! And that suspicion is because now, many years later, bones emerge, the Aruban police say that they are animal and father claims to be human and perhaps daughter-to-be! Are we talking about the same find and the same bones?

- Where do the bones of dad come from? Not from Aruba that's clear, because those are animal!
- How is a DNA determined, where does that data come from, did you know that you might need DNA from this lady?
- If it appears that there is a match in DNA then these bones certainly DO NOT come from the island of Aruba, that is obvious!
- It has also been proven that daughter-in-law was alive when she left the private plane from Aruba airport!
- Where has the corpse been hidden so long? Because if your father has bones and maybe his daughter, there's a corpse somewhere on this globe that is hiding fearfully!

More and more, it appears that father and mother wanted to get rid of their daughter and worse, apparently wanted to make a lot of money with her disappearance. See the many books and also the movies around her disappearance. But it is also clear now that the corpse is outside of Aruba and now appears suddenly as found in a park on the other side of the island of Aruba!

Pa Holloway is clearly in a very difficult package ending up with this statement and let's hope that his human bones are a "mistake". Otherwise, it is clear that he and his wife are behind the murder of their own daughter. Over the next few weeks, we will see how he will turn out of this terrible situation, because he eventually raised himself as his chief suspect.