Everything is currently gaining momentum, which are everywhere now prepared for future civil unrest. Nevertheless, the bulk of humanity remains willfully blind and looks mesmerized millions to the contest, while in the background the FEMA camps are closer by the day.

We come as a society into a situation where we have never in the wrong. Where we as a population are subjected to a dictatorial government that will correct sleepers with a heavy hand. Still seemingly everywhere goes under the name of a democratic process, but the speed is getting closer to the end of democracy, if you made good look around you.

Then you see the emergence of dictatorial three major blocks:

America, where the president from one moment to the full power to can pull through all the so-called Executive Orders.

The second major block dictatorial Europe, where Brussels decisions a club unelected technocrats to 28 countries while they have to be accountable to anyone. Who really wants to understand how the European dictatorship works, please refer to the article yesterday.

The third major dictatorial block is, of course, Turkey with a sphere of influence in Asia and at the same time also the West. Also there you see that the President, Erdogan, attracts to itself more and more power, even wants to change the constitution and which made short work of sleepers.

The ultimate step will ultimately take the dictators, the declaration of a state of emergency, also called martial law. A state where the average citizen as well lose all his rights and authorities can do at will what they want. For most, such a Martial Law scenario unreal that they think it will never happen here. And that's probably the biggest mistake that can make these people.

They can these Martial Law activate at any time by letting some things happen. This can be in terms of terrorist attacks, but it may as well be something in the field of food or a runaway virus. We have seen how after the False Flag attacks in France last year, the state of emergency was declared. All this is sold as a temporary measure so nobody had to worry about. Meanwhile, this status was extended and extended again and always there is a valid reason.

Throughout the three aforementioned blocks you see tensions. Everywhere people begin to wake up and yet it is also for the masses increasingly clear that something is completely rotten in our society. All this was deliberately created and meanwhile the central bankers in the background are underway worldwide, buying up all the big companies.

The wait is actually still on the total collapse of the economy artificially high so they can take the final steps as "saviors" and so can buy the last remaining companies. What needs to be done to thwart these plans is that especially people in institutions such as the army and the police wake up and not be later used for actions against its own people.

Fortunately, this happens here and so it is very brave what the American soldier in the following video says. He realizes that things can not continue and calls on everyone to finally wake up and like normal people uniting against the coming disasters that will fall our different fund. It's part of a previous article that we published at the time of the occupation of the government building in Oregon at the beginning of this year:

I can state with confidence that America is no longer a law. The United States is a country without law. What I mean is that only the mega banks and one percent legal protection and that is because these people have the government in their pocket. For any other law is a weapon in the hands of the government being used against American citizens.

The US Justice is a mockery. It does not exist. You can see this in the US prison population. America not only has the highest percentage of the world population in prison, but is also captured the highest number. When you consider that a country like China more than four times as many people did you understand that the "authoritarian" China offers more protection to its citizens through law than America.

Compared with America that so prides itself on freedom and democracy, Russia has almost no one in the prison. And yet Washington and appointed them to serve standing media whores, the President of Russia to the new Hitler. The only conclusion we can draw is that the government of the United States and the idiots who worship therefrom, are reincarnated evil.

The madman in the White House has decided that he has just such a big hate the Second Amendment of the Constitution (right to gun ownership) as all other constitutional protections for US citizens. He is seeking dictatorial ways, ie, the so-called "executive orders", in order to get both Congress and legislature and to circumvent the rulings of the Supreme Court.

The media whores follow these aspiring dictator faith because the only thing we hear is "violence by weapons." It is extraordinary to see that the left wing American think people do not kill other people, but that guns do. Here we see Americans, like the Hammonds, dipped in a police state and the progressive left branch will disarm the population.

The black community is extensively word in an article at RT and wonders why the National Guard it was immediately sent to protests as Ferguson following the murder of a black citizen and is not used in Oregon at the protests for a few crooks prison to undergo their statutory award.

It is disheartening to note that the black community does not understand that if the government of a country American citizen can steal, they can do this with every American citizen. It is also disheartening to note that RT has decided to play the race card instead of understanding that the law is no longer a shield for the US population, but a weapon in the hands of Washington.

Why RT does not listen to the Russian president has repeatedly said that the law does not exist in America and the West. Putin is right. America and their vassals (including the Netherlands) are not of law. Nobody is safe from the government. 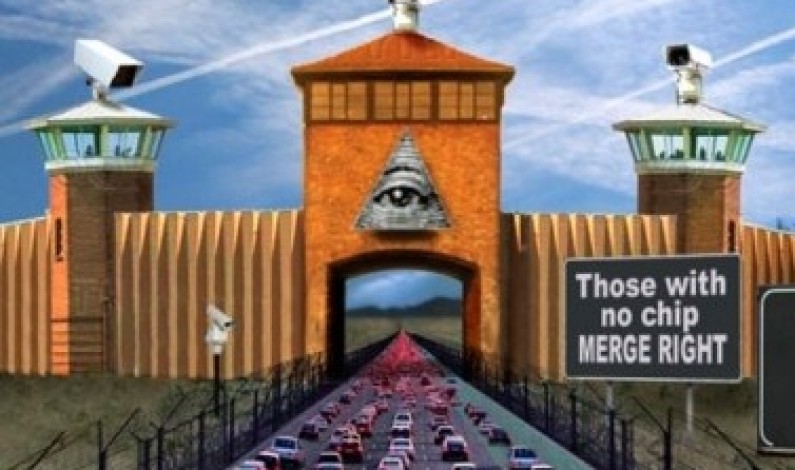